Included in the package – “All Shore excursions subject to availability”

ARRIVE IN AMSTERDAM, THE NETHERLANDS – EMBARKATION

Board the ship in Amsterdam for your Best of Holland & Belgium cruise.

Scenic cruising out of Amsterdam

There are 165 canals in Amsterdam, and you’ll get to enjoy some of them on your canal cruise. Later in the day, enjoy a scenic cruise out of Amsterdam to Utrecht, the religious center of the Netherlands since the 8th century and a far-reaching city boasting a medieval old town, canals and a beautiful Gothic cathedral, some of which you may see on your walking tour, which includes a visit to the whimsical collection of automatically playing musical instruments at Museum Speelklok. Alternatively, marvel at the largest castle in Holland, De Haar. Straight out of your fairytale dreams, this castle inspires awe with its turrets, moats and suspension bridges as well as its luxurious interior. (B,L,D)

Enjoy a scenic morning cruise through the delta before arriving in Veere, the Netherlands’ medieval harbour town. This former fishing village turned yachting town is known for its town square, where some houses boast gorgeous gardens – although the highlight is the town hall, with its 48-bell carillon! Enjoy learning more about it on your walking tour, or journey instead to the Flood Museum, where you’ll learn about the devastating floods of 1953, followed by a visit to a landmark recognizing the Roosevelt family’s relationship with the Dutch royal family. For those who prefer an active adventure, pedal from Veere, with its cobblestone streets and charming harbour, to the historic town of Middelberg and back. (B, L, D)

OR Castle of the Counts of Flanders

There are several choices of excursions in Ghent, depending on your interests. Stroll through the Capital of East Flanders, learning about its unique history on your walking tour, or pedal through the spellbinding town on a guided bike tour. Alternatively, visit Bruges, one of the best-preserved medieval cities in Europe, on a full-day excursion that includes the renowned Church of Our Lady, home to the beautiful Carrara marble Madonna and Child sculpture by Michelangelo. If you prefer a shorter excursion in Bruges, visit the town later in the day or spend your afternoon at Ghent’s moated Castle of the Counts, which boasts an eye-catching design as well as a ghoulishly interesting collection of medieval torture devices. (B,L,D)

OR Full-day Battle of the Bulge tour

Explore Belgium’s captivating capital on your guided walking tour or pedal through Brussels on a guided bike ride. If you are a history enthusiast, spend your day travelling back in time to sites related to World War II’s historic Battle of the Bulge, which was the last major German offensive on the Western Front and toast fallen soldiers with a tasting of Trappist beer brewed by monks. For those not joining this full-day tour, choose from afternoon excursions that include a visit to Beersel Castle, one of the oldest and authentic moated castles in Flanders, or delight your palate with a Belgian chocolate tasting. (B,L,D)

OR Flavors of Belgium

Explore Belgium’s trendy “City of Diamonds” on a walking tour where you’ll see Antwerp’s Steen Castle, Grote Market and Brabo Fountain, along with the UNESCO-designated Cathedral of Our Lady. Active travellers may prefer instead to bike through Antwerp. Later in the day, beer enthusiasts will appreciate a tasting of the local brew while foodies may prefer our excursion to sample some of Belgium’s culinary delights such as its fresh and fluffy waffles. An afternoon bike tour is also available for those who prefer to get their heart beating later in the day, and it includes an opportunity to visit the Red Star Line Museum, highlighting the historic shipping line responsible for transporting three million immigrants to America. (B,L,D)

OR Rotterdam tour and Delfshaven

Established in 1220, Holland’s oldest city was virtually destroyed by a devastating flood in the 15th century that essentially created the city’s wetlands. Learn more about Dordrecht’s fascinating history on your walking tour, or visit Rotterdam, the “Gateway to Europe,” as well as Delfshaven, where, on August 1, 1620, the Pilgrim fathers departed on their epic journey aboard the Speedwell. Stopping in Southampton, many then boarded the Mayflower and concluded their journey at Plymouth Rock in Massachusetts. If you prefer to venture off the beaten path, head to the smaller town of Gorinchem with its picturesque Old Town or go on an architectural bike tour through Rotterdam. In the afternoon, venture to the UNESCO World Heritage Site of Kinderdijk, a lovely village renowned for having the country’s greatest concentration of windmills, all dating from the 18th century. You may also pedal past the windmills from the seat of a bike. (B,L,D)

Disembark your ship and bid farewell to Amsterdam as you prepare for your return flight home. (B) 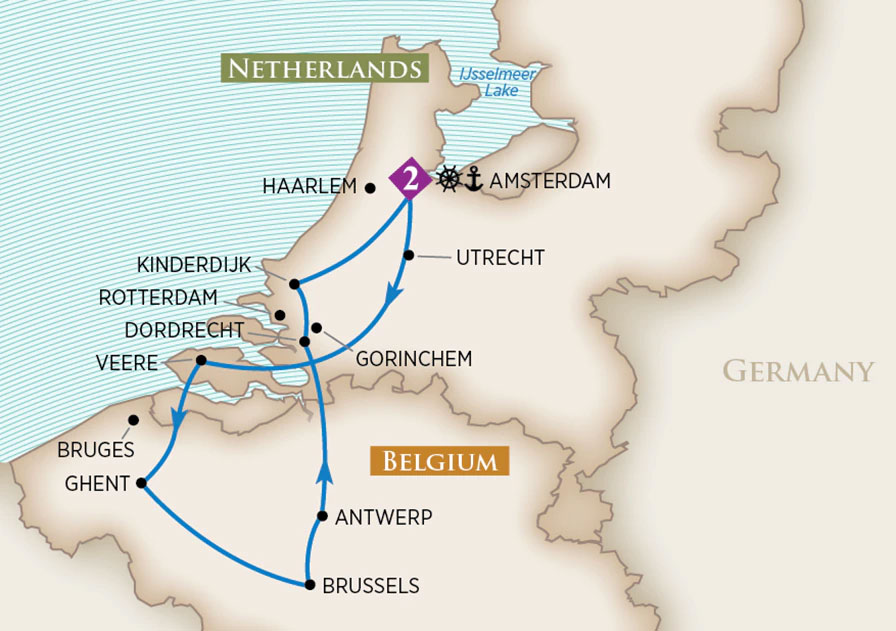 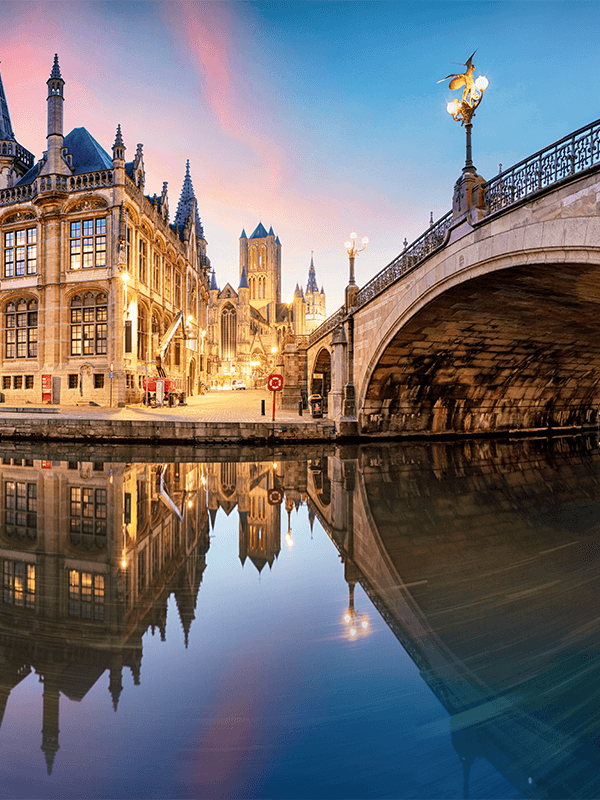 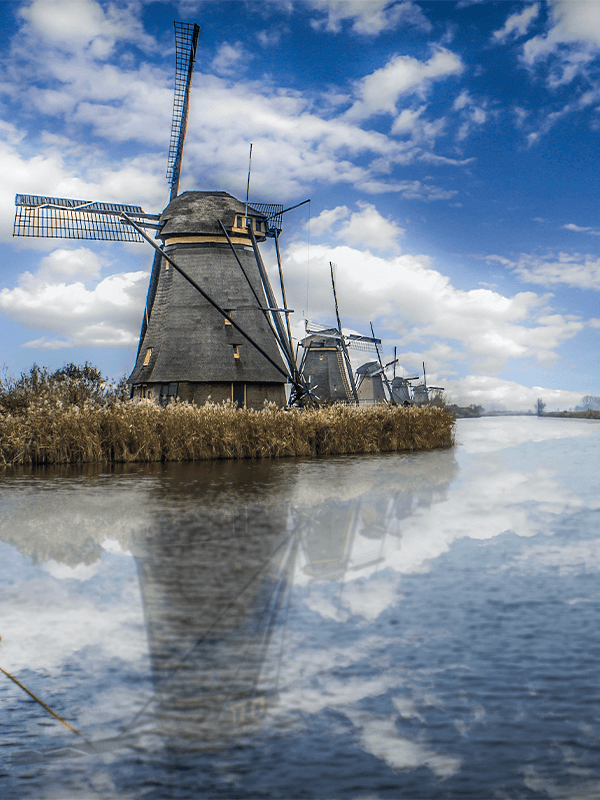 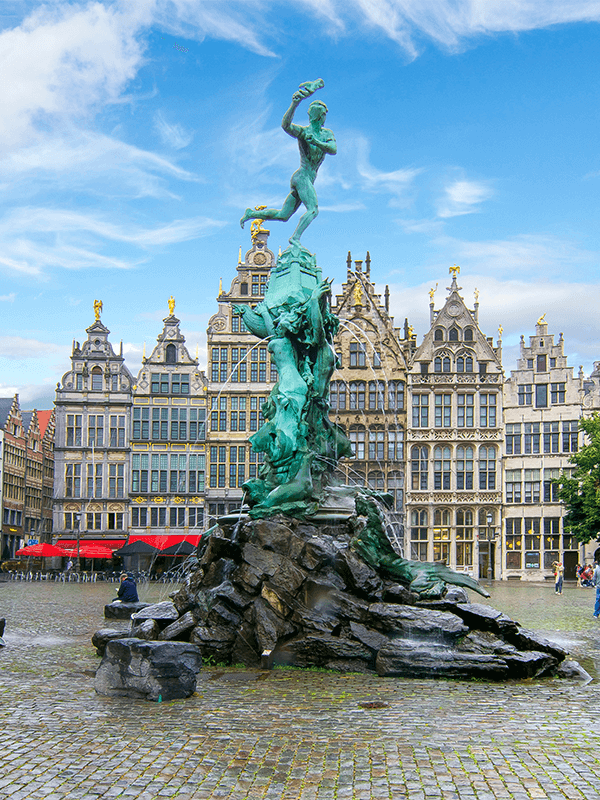 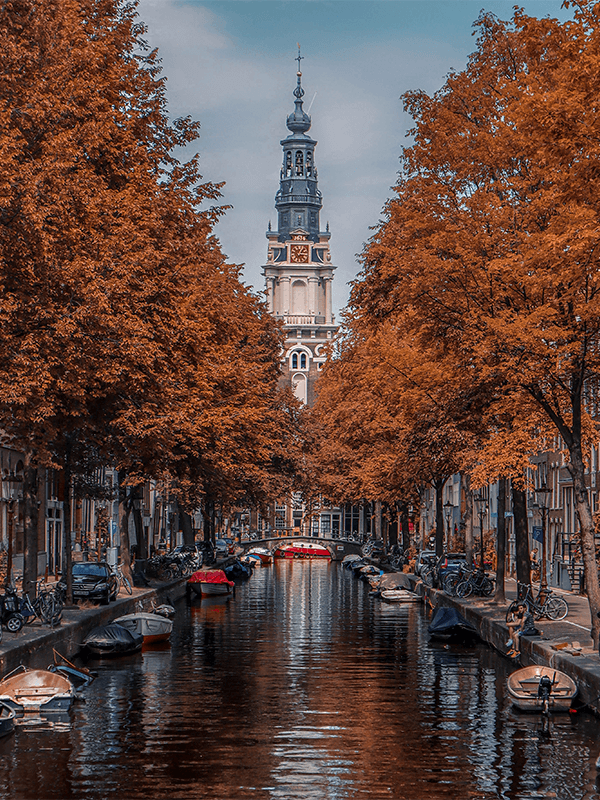 We're ready to take you on an unforgettable adventure

What are you waiting for?